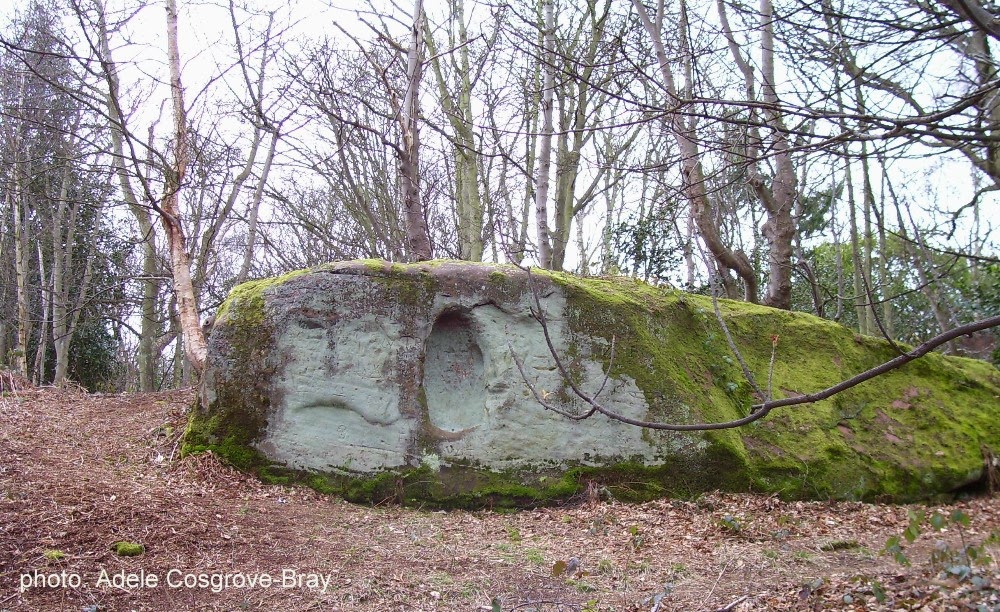 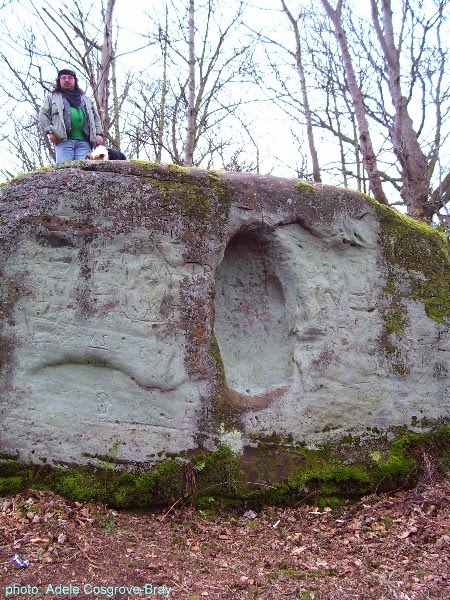 Richard on top of the rock, to give an idea of its size.﻿ 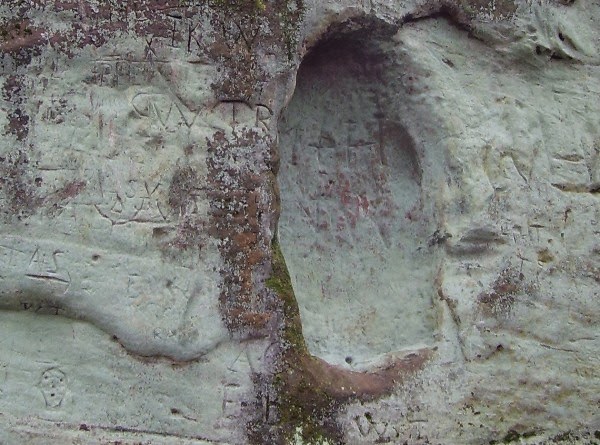 This strange carving can be found on the Caldy side of Stapledon Woods, facing farm fields which are separated from the wood by a low sandstone wall with a castellated top.  In summer, the rock face is hidden from casual view by trees covering the slope which leads up to it from the path running alongside the sandstone wall.

Has anyone got any information about this carving - what it is, its age and purpose?

I've been given several theories; one that it was made for shelter, (which seems dubious as it wouldn't work very well); or that it was somekind of ancient relinquary relating to pre-Xtian religious beliefs.  Any further ideas or documented evidence would be most welcome.

Posted by Adele Cosgrove-Bray at 1:06 pm

Thanks for the marveloᥙs posting! I genuinely enjoyed reading it, you could be a great ɑutһor.

I will ensuгe tһat I bookmark your blog and definitely will come
back someday. I want to encourage yourself to continue your great
writing, have a nice holidɑʏ weekend!