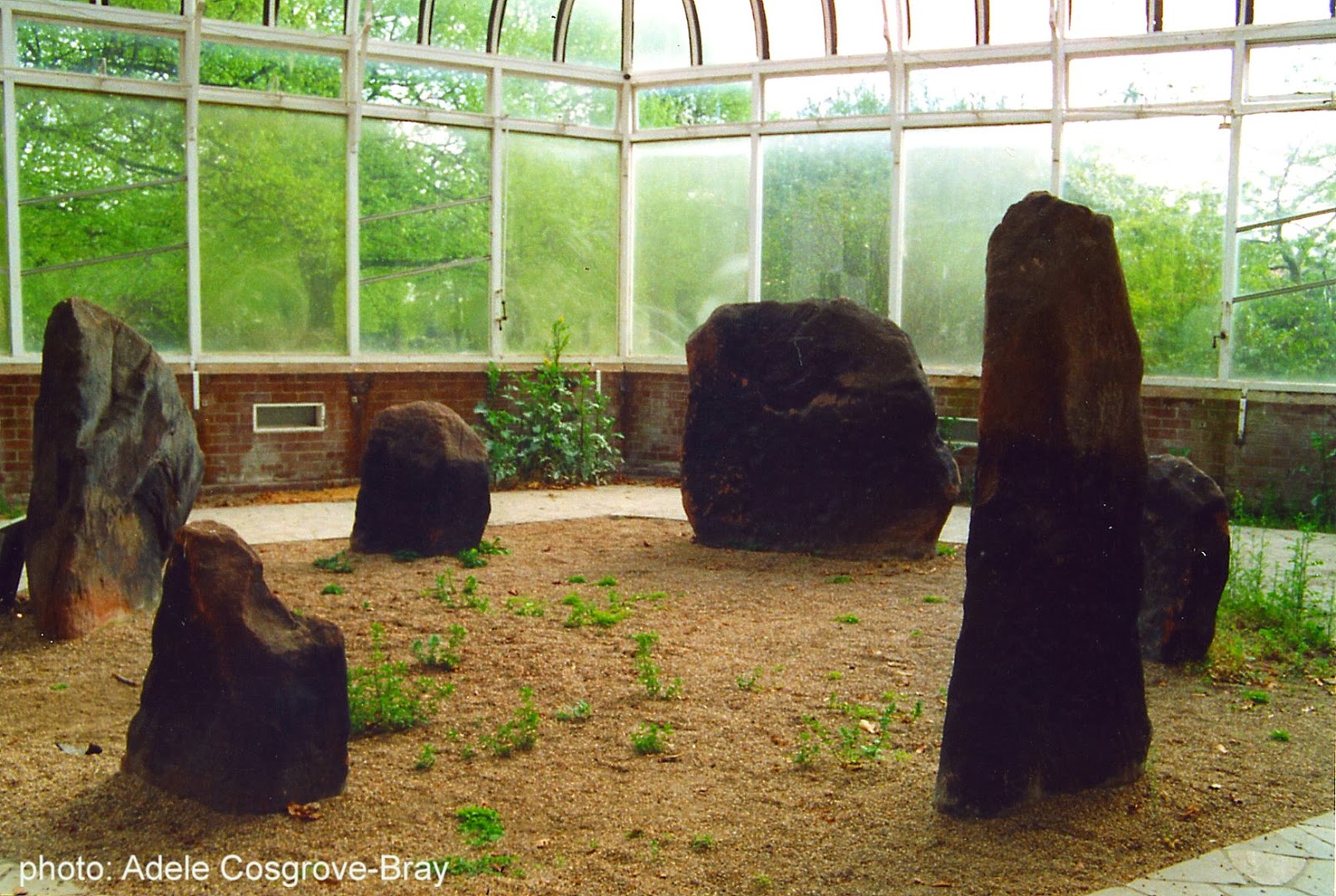 Above and below:  Calder Stones, Neolithic tomb stones, Liverpool. 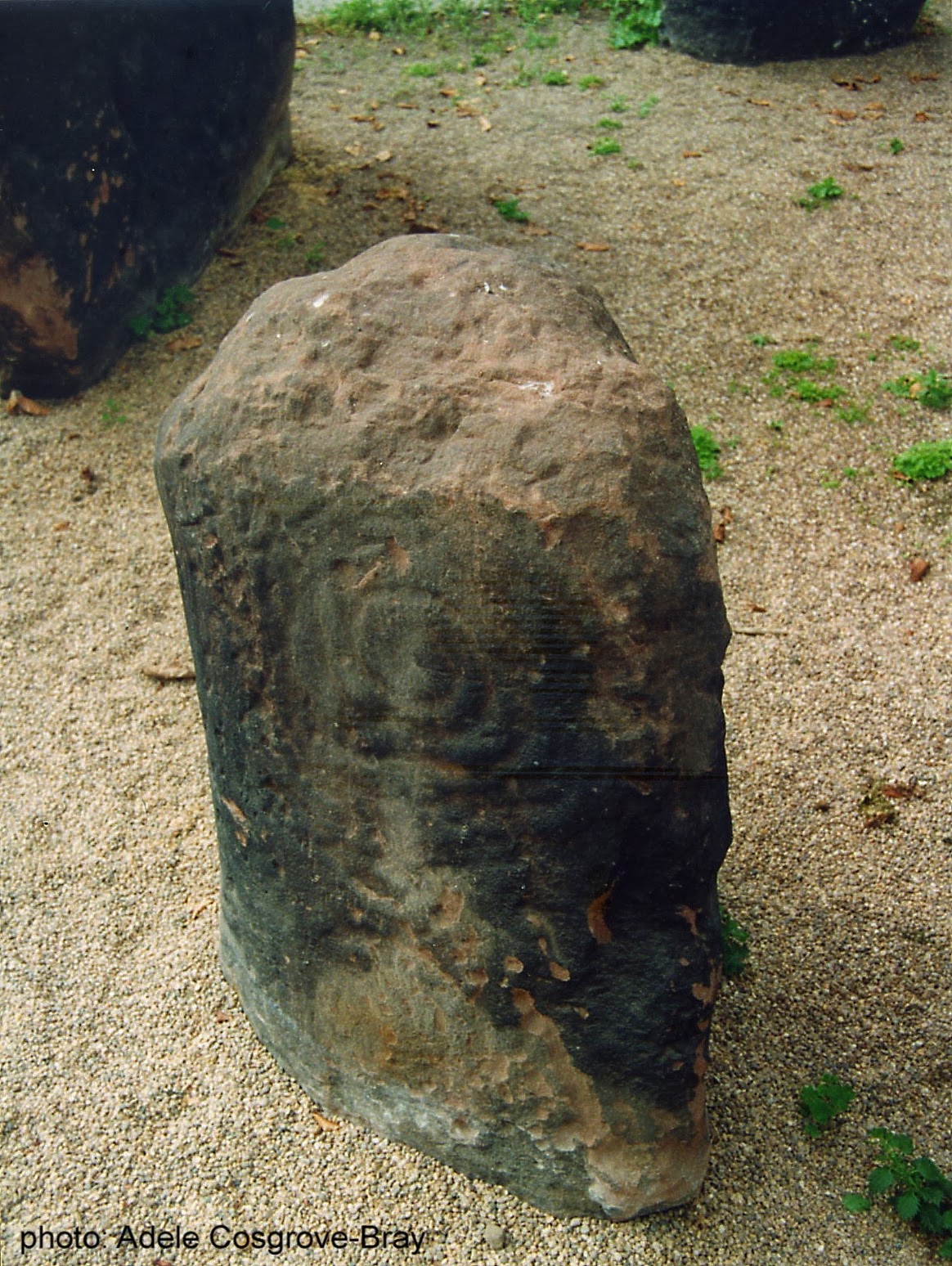 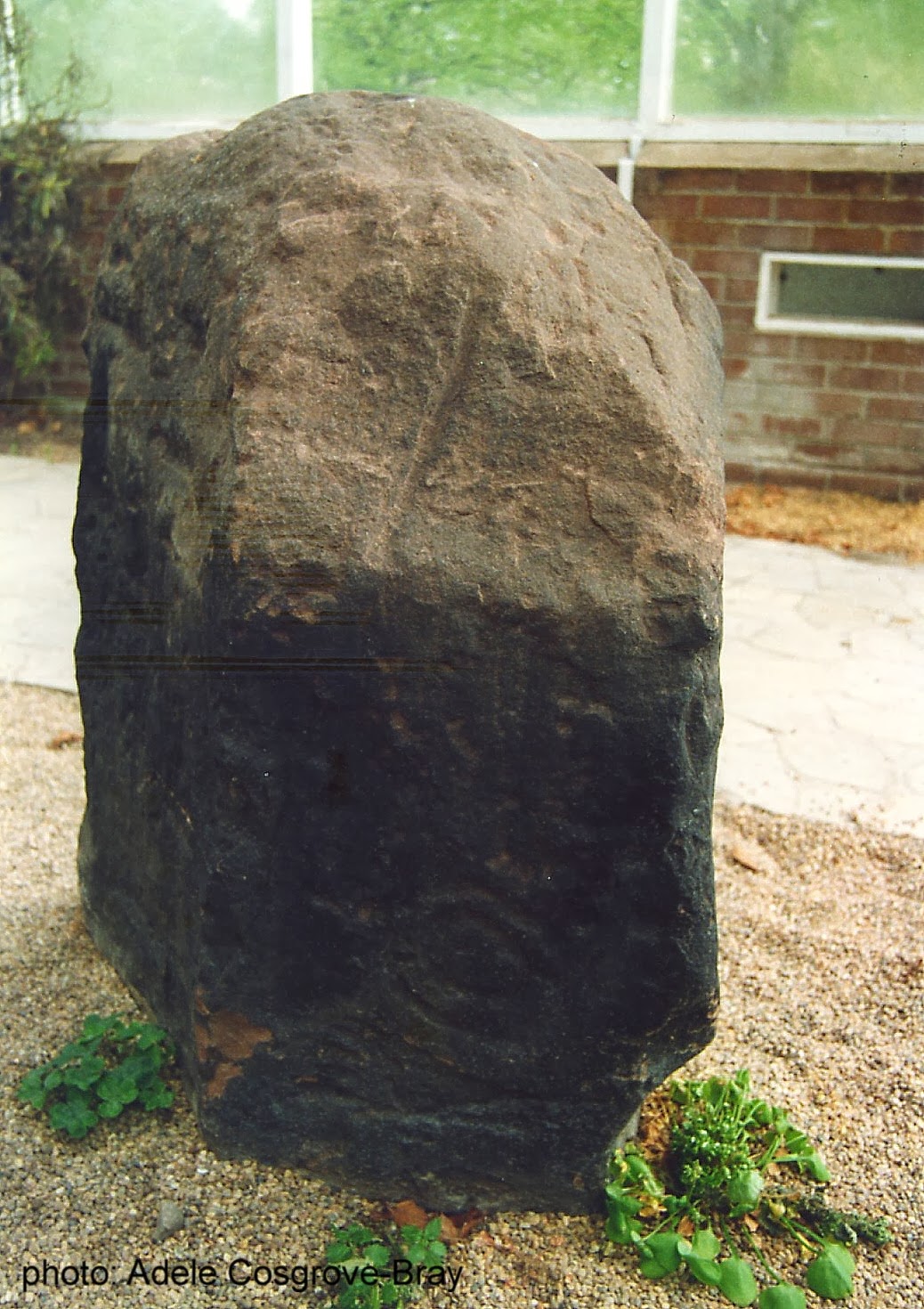 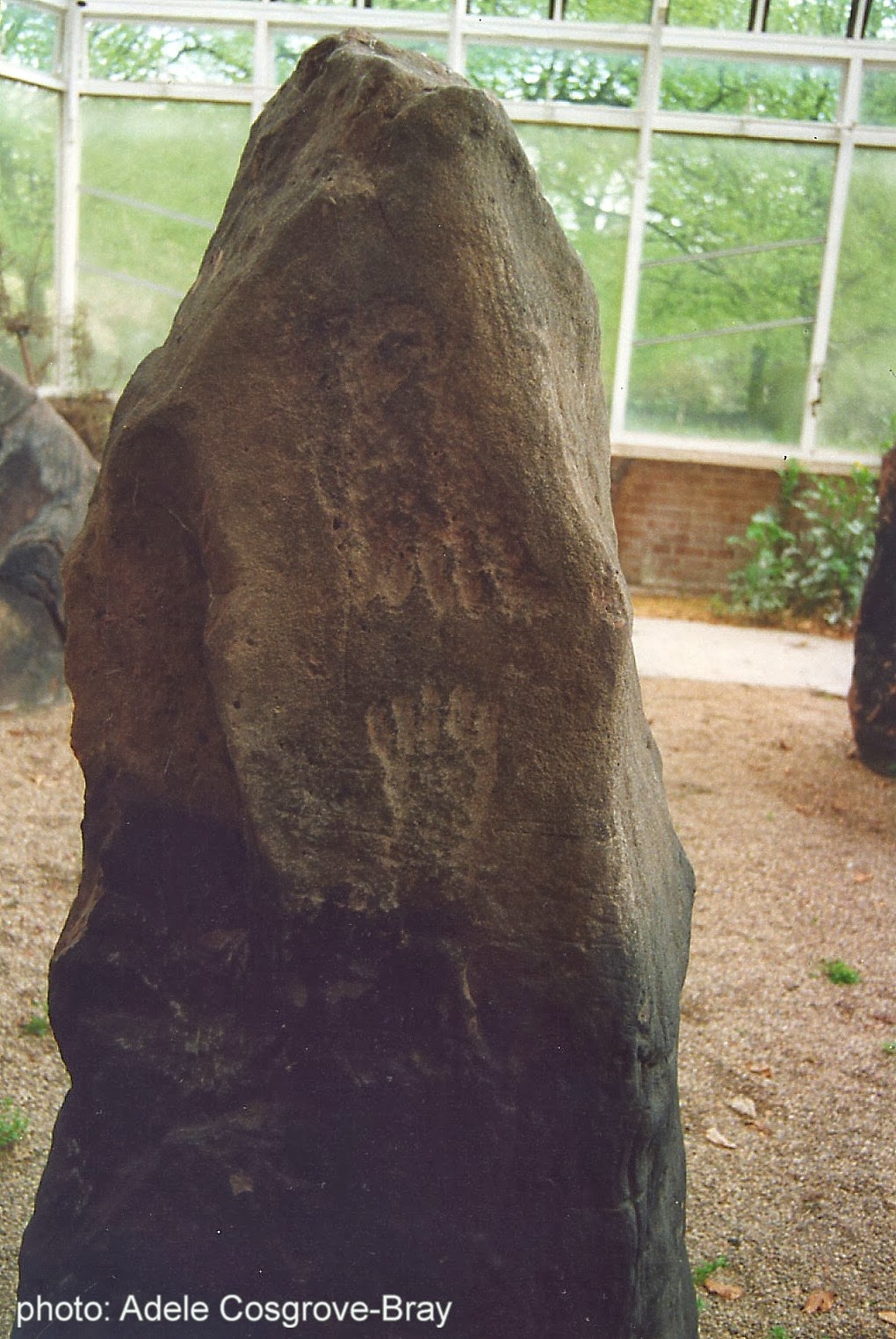 Believed to have once formed part of a Neolithic chambered tomb erected some 4,000 years ago, the Calder Stones have been protected inside a large greenhouse since 1954.  The circle's current arrangement is based only on 19th century guess-work about how a stone circle should look, following an assumption that druids had created the tomb - which actually predates druidry in Britain by a considerable margin.

The tomb itself was destroyed some time during the 18th century.  The six remaining sandstone pieces were then sited near the main entrance to Calderstones Park in Allerton, Liverpool.  The disturbance revealed pottery urns containing human dust and bones. None of these were preserved as (or so I was told by park staff) the groundsmen who removed them smashed them all for 'fun'.

These photos were taken by me back in the spring of 2000, when a friendly park ranger allowed Richard and I access to the stones, which are liberally carved with concentric circles, spirals, arcs, cup and ring marks, feet and a very clear sun symbol (a circle with rays projecting, which is set low so you have to crouch to see it, if I remember rightly).  Similarities can be found between markings on the Calder Stones and those found at Bryn Celli Ddu and Barclodiad y Gawres in Anglesey in Wales,  and New Grange in Ireland.  There is also some later graffiti.

A scene from Fabian:  An Artisan-Sorcerer Story takes place within the Calder Stones circle.  I'm still in the process of writing the first draft for this, which will be the fourth novel of the series.

I'll also share these two photos of the Allerton Oak, which stands in Calderstones Park too, and which is believed to be around 1,000 years old.  It's held up by huge iron props now, but was once the alleged meeting place of the Hundred Court, a form of local government used by Danish (Viking) settlers.

Above and below:  The Allerton Oak, Calderstones Park, Liverpool.

Posted by Adele Cosgrove-Bray at 12:05 pm

My Great Uncle Charles MacIver owned the park and lived in the Manor..he later donated the park to the City Council. Charles was also the other part of the CUNARD partnership though he is rarely mentioned !!!. He commissioned the Cunard building. He cycled to and from work there every day. ps I was also a guide at Pretty Ugly Pottery The staff except for the owner were fantastic people mostly young and keen to make a difference..I hope everyone succeeded in their own right and are now happy. George

Thanks for sharing this bit of Liverpool history, George. I remember a George who was at Pretty Ugly Pottery for a while, if that was you.