The Hoops Writers Jump Through 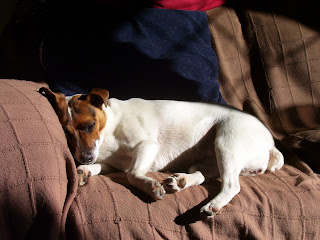 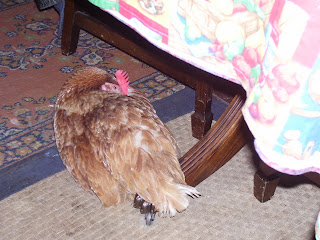 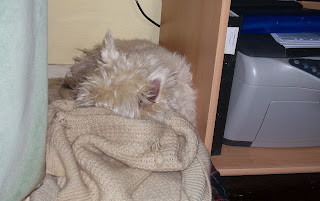 Well it's all right for some, snoozing the day away.  Unlike the rest of this household, I've been wielding the red pen on what was a 5,000-word story; so far I've cut out 500 words.  That's a lot of editing by my usual standards, but this may be because I don't write much sci-fi and School is (more or less) a sci-fi story.  It's a sci-fi/fantasy hybrid, really, destined for inclusion in Dark Tides.

I was reading the submission guidelines for an anthology yesterday.  The requested subject matter sounded like my kind of thing.  The editors did not accept email submissions, and planned to pay $0.01 USD a word if they used a story, (which is not unusual, unfortunately).  So for a 1,000-word story they'd pay $10 USD.  At today's exchange rate, that works out at £6.33.  Deduct a third for UK tax, and that leaves £4.22.  Postage for a light MS from England to America would cost around £2, leaving me with £2.22 out of which I'd also have to pay for paper, an envelope, printing ink  - and at the end of the financial year, my accountant.  All this assumes my story would be selected by the editor.  If it wasn't, then I would have worked at a loss.

All writers collect rejections like a church yard collects confetti.  I know a traditionally published (in magazines and books) sci-fi writer  - who I won't name! - who says his writing account is £2,000 in the red.  His earnings from being published haven't covered postage, stationary, travel etc.; costs accrued in the pursuit of his writing activities.

Now, creating a fully edited 1,000 word story usually takes me around six or seven hours - longer if it's slow going.  I'll be generous and call it six hours work.  The legal minimum wage for adults is currently £5.93 her hour, so the that amount of work should earn me a minimum of  £35.58.  Instead, being a writer to quite naturally loves to write, I'm supposed to happily and willingly chase after a few pence just for the hope of getting my name in print.

Posted by Adele Cosgrove-Bray at 6:00 pm