"The paradigm experience of solitude is a state characterized by disengagement from the immediate demands of other people - a state of reduced social inhibition and increased freedom to select one's mental and physical activities."

This reminds me of Tristan.  He was certain that the only way to develop any real knowledge of the self was through embracing solitude.  By removing the demands and distractions of other people, he hoped to then focus on discovering the true essence of his inner immortal self, (or soul, if you prefer that term).

I tend to stand somewhere in-between, in that while I'd agree that solitude offers uninterrupted opportunity for inner work, I find also that a deliberately created contrast between solitude and socialising presents a greater strengthening of unfolding knowledge.  In plain English, it's easy to swan around feeling 'spiritual' when there is no challenge to supposed abilities.  The true worth of acquired knowledge can be measured by its usefulness in our dealings with the world.  (This is no criticism of Tristan, by the way; and besides he lives in Rome now - hardly a hermit's isolated retreat!).

I've been basking in a few brief days of relative solitude after an unusually busy but also highly enjoyable time.  The contrast between the two is, in itself, a pleasure.  After days filled with travel, dining out and meeting people - some of  whom I'd not met in the flesh before -, plus attending a family get-together which I'd organised, I've now had a few days to properly wind down and digest experiences before resuming my usual routine.

As anticipated, the backlog of snail mail had already created a small, teetering mountain which I haven't completely vanquished yet.  Half of the waiting emails could be deleted instantly, of course, but this is typical.  Trust me when I say I don't have a penis to extend; neither do I bank with many of the companies who allegedly claim my account needs attention.  I've yet to meet anyone who really earns worthwhile money from home, and surely there can't be any relatives left alive in Africa considering the phenomenal quantity of them who have died in car crashes.

The phrase "unexpected car crash" amuses me.  If disaster was expected, who'd ride in the car? 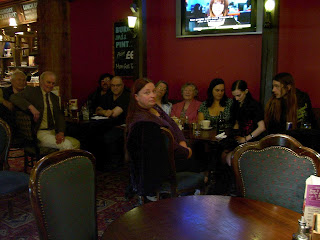 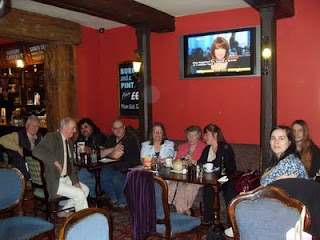