Sketches of Fabian and Rowan 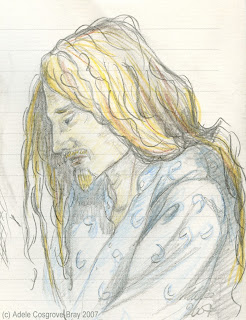 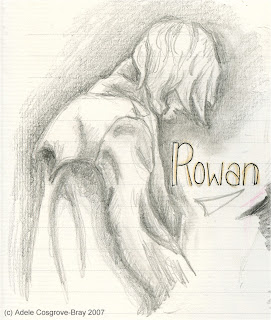 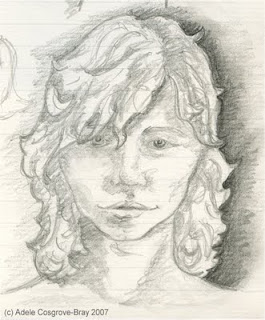 Some of my fictional characters had their origins in old RPG forums and/or blogs.  Fabian, Tamsin and Bethany Rose certainly did, though all have evolved considerably since then.

I've always found the creative process interesting for its own sake.  As well as using character charts, I occasionally sketch the fictional people I write about.  This week, I've been looking for a way of compiling these in a way that appeals to me.  Sketchbooks, being largely experimental or given over to quickly-done work, oftentimes end up containing a few tolerable sketches hidden away amidst a pile of glorified doodles.  Well, mine do anyway!

I'd like to put together some kind of album-cum-scrapbook which combines the best sketches and maybe even some finished art, photography and various mixed media to depict each character's... well, character, even.  The mild irony is that this will bring some of my characters round full circle, in that they had their origins in fanfic and fanart, and that despite my efforts to distance myself from RPGs I'm now employing those influences again for this new venture.  And why not, hmm?
Posted by Adele Cosgrove-Bray at 12:04 pm