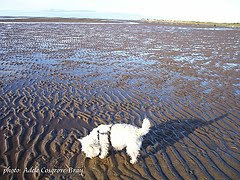 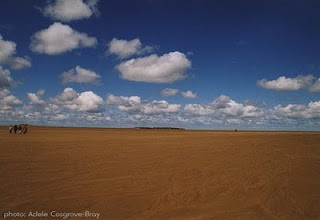 Heidi Ruby Miller has been running a series of interviews with authors. From the list of fifteen questions, the subject is asked to pick six to reply to.

Her website lists the authors - 56 to date - who have taken part in her project. See this here:- http://www.moonstonewritings.com/interviews.html
Or for the latest one (with me as the subject) you could just scoot over to:- http://ambasadora.livejournal.com/129800.html?view=520456#t520456

Yesterday afternoon found us sitting in a solicitor’s office, drawing up details to be included in our updated Will, such as our desire for a Living Will and for certain specific funeral arrangements. We’ve been meaning to update these documents for ages. Enough of procrastination! There’s no point in waiting for one of us to drop dead and then go, “Oops, we really needed to update our legal stuff! Quick, reanimate him/her and wheel us off to the lawyer’s office!”

And today we have glorious sunshine! That’s a rarity this summer. Mostly we’ve had non-stop rain. Maybe you’ve been watching the news, and are aware of the extensive flooding which has swamped large areas of southern England, particularly around the Gloucestershire area. (I used to date a lovely fellow from Stroud in Gloucester….)

Anyway, two little doggies saw the sunshine and came bounding up to me with leads in their mouths. I think we can safely take that as a hint. So off we went, through Ashton Park and onto the promenade, where some brave folk were crunching through their picnics. Sand and chicken sandwich, anyone?
Despite the sun, there was a lively breeze coming in off the sea. The breakers beyond Hilbre could easily be seen even from the mainland. Conditions looked pretty rough out there.

For reasons known only to him, Richard bought a boxed set of Jaws films. So I suspect tonight will see another round of people going “Arrrrrgh!” whilst being attacked by a rubber fish. Hmm, methinks I’ll be reading more of my book pile.

And Rome has finished now. It’s unusual for me to be interested in a TV program, but this one was fun. My only minor gripe was with the way Cleopatra was portrayed, as according to recorded history she was a highly educated, multi-lingual woman.

I finished writing Spanish Jones - or at least I’ve finished the 1,300-word section which will be used for the ghost tours at Hallowe’en. Watching the breakers crash behind Hilbre, I realised that I’d only written the first part of a much bigger story. Don’t you love it when stories insist on you adding stuff to them? They acquire a life of their own, I’m sure of it
Posted by Adele Cosgrove-Bray at 2:30 pm