Arriving late at the Oxton life drawing group, the only seat left to me was squashed into a corner. This  offered a severe sideways-on view of the model, Eve. Initially I assumed this would result in a poor pose, but then I realised I could actually turn it to some advantage by using negative space - and so composed the model to fill the lower triangular half of the paper.

The end result is perhaps a bit unconventional, but I'm quite pleased with it. What do you think of the drawing? 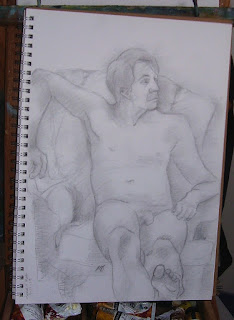 This next life drawing presented a few challenges also. This time I was sitting directly opposite the model, Rob, which meant I had to do a fair amount of fore-shortening on both legs. The hands could be improved, but I'm satisfied with that thigh-knee-foot and raised arm-shoulder.

I have maintained a site on Hubpages for some years now, and there you will find a whole series of non-fiction articles written by me. The subjects range from How to Make a Frog Pond, to Watercolour Painting for Absolute Beginners, to fun quizzes and book reviews. I've recently begun a series called A Seeker's Guide, and so far you can read Energy, Vibration and You and Self-Awareness, Free Will and Control.

More articles are planned, of course. I invite you to explore the whole list on my Hubpages' profile page.

Earlier this summer, I had the pleasure of sailing along part of the Shropshire Union Canal on The Pot O' Gold, a 70ft narrowboat owned by the Wirral Community Narrowboat Trust. I took the opportunity to take some photos of the canal, and later created this watercolour which depicts two moored narrowboats and one of the many bridges which arch over the canal. It's now for sale at £140, (unframed and unmounted), if you're interested.


My love affair with Khadi paper continues unabated, and I've just bought a bundle of Khadi pads off eBay, which also came with 20 A4 sheets of grey Khadi paper. The portrait above is on the smaller A5-size, but it's the same type of paper.

Over the last couple of years I've been experimenting with different brands of watercolour paper in order to find those I prefer. Now, this is not to say that those brands I've demoted to sketching paper are not good; you might try them and decide they're marvelous. Beyond obvious technical issues like poor quality, an artist's preferences are largely subjective, and so I won't list those brands I've given the thumbs-down to. Lets just say I've now got a large sketching paper supply.

Anyway, on my journey through the mountains of watercolour papers on offer, I came across some beautiful raggedy-edged handmade paper from India, called Khadi paper. I've been using it ever since. The portrait of Eve (above) was done om A5-size grey Khadi paper, and I've just bought some A4 of the same stuff. Can't wait to play with it! Now I want some even larger sizes, too... (It never ends...!) 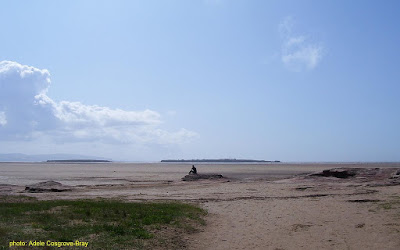 This is one of my favourite photos, which looks across West Kirby beach towards Middle Eye and Hilbre Island. The anonymous model reminds me of Rowan, from the Artisan-Sorcerer series.

Tomorrow Britain goes to the polls for a very important General Election. Richard and I have already cast our vote using the Postal Vote system.

I can only marvel at the national apathy which has tolerated the determined undermining of this country's infrastructure, at the torrent of lies and deliberate misinformation which has been flooding the media, at the passive acceptance of rampant greed and inequality which has created an epidemic of homelessness, greatly increased poverty and crime, and the need for working people to rely on food banks - for a need for food banks at all in what is supposed to be one of the world's richest countries.

Are mobile phones being used to communicate subliminal messages to brainwash people into passively accepting this? Is the much repeated "Get Brexit Done" chant a hypnotic command to the susceptible? This is entirely possible.

Ask yourself this: Can you imagine the powerful trade unions of the 1970's and 1980's meekly accepting zero hours contracts? 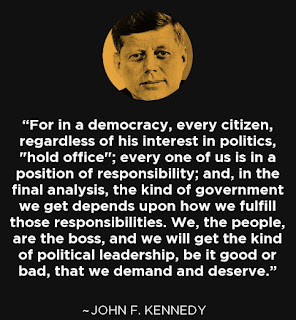 Posted by Adele Cosgrove-Bray at 11:18 am