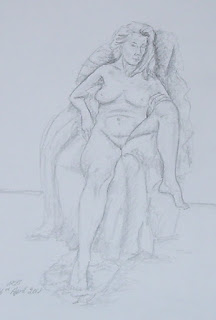 I've been busy decorating my art studio, stripping off old wallpaper, mending dents and holes with Polyfiller, (one and a half tubes' worth!), and then climbing up and down an ancient step-ladder in order to paint the walls with three layers of plain, pristine white. The job is not quite finished; one small wall needs a final coat of paint and its skirting board doing with white gloss, and the door frame needs white gloss too, but the end is in sight. Photos to follow once it's completely done!

I've also been pulling out armfuls of forget-me-nots from our garden. There are supposed to be 74 official species of forget-me-nots, some of which are very pretty. Unfortunately, we're lumbered with horrible hairy things which self-seed prolifically and swamp all the other flowers and, once they've bloomed, flop over, turn brown and go brittle. Pull them out then and the spiny hairs cause a nasty rash. 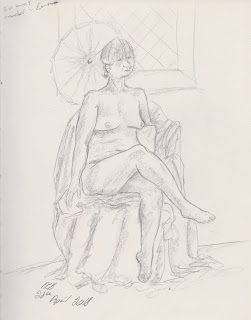 We both enjoyed watching The Dressmaker, a film starring Kate Winslet whose character gets revenge on small town malice. She played the role so well, and having gown up in a small town myself I could easily relate to the issues of gossip, boredom and narrow horizons.

I found myself engrossed by EV Thompson's novel, The Dream Traders, which follows the struggles of a young Cornish merchant whose dream career opportunity in China brings him into conflict both with his European peers and with the Chinese rulers on Hong Kong in the 1830's. The factual politics behind the story describe the East India Trading Company's heavy involvement in opium production in India and subsequent illegal sale of that same opium in China for vast profit, with the British government's full knowledge.

Also good reading was The Left Hand of God by Paul Hoffman, the first in a fantasy trilogy about the life of a boy raised to be an assassin. He is equal parts naive and vicious, knowing only the confined and brutal world of the fanatical monks who trained both him and others like him.

I've also just finished re-reading Evelyn Waugh's Brideshead Revisited, which I've loved since my teens and have lost count of how many times I've read it. Many years ago, in 1981, I watched Granada TV's serial production of this novel, which featured Jeremy Irons and Anthony Andrews. A film was made in 2008 but I wasn't keen on this version as it messed up the plot by having Julia Flyte go to Venice with Charles and Sebastian, and lost many of the novel's underlying themes. Anyway, as anticipated I thoroughly enjoyed re-reading Waugh's novel, and have no doubt I'll read it again at some point in the future.

Do you have a favourite novel which you've read and read again countless times? 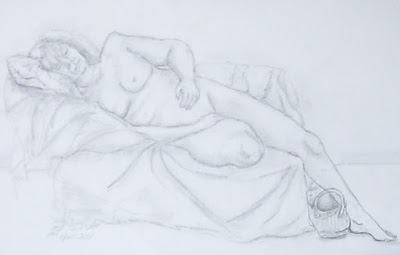 Posted by Adele Cosgrove-Bray at 11:06 am


I have read your article; it is very informative and helpful for me. I admire the valuable information you offer in your articles. Thanks for posting it.

how to make a guy laugh really hard over text