I'm really pleased with the new solar-powered fountain, which you can see working in the video above.  It's much stronger than the year-old one.  Do solar-powered gadgets have a life-span?  Last year's fountain has taken to emitting occasional squirts of water reaching 4" in height at the most.  I've thoroughly cleaned the filter and panel, and wiggled the wire to see if there's any obvious break, but no joy there.  Meanwhile the pond has begun growing an unpleasant crop of green algae, some of it bubbly, some of it fibrous; hence the new fountain, which shoots jets of water 24" high and should help to increase oxygen levels in the water, which should - in theory, at least - reduce the algae. 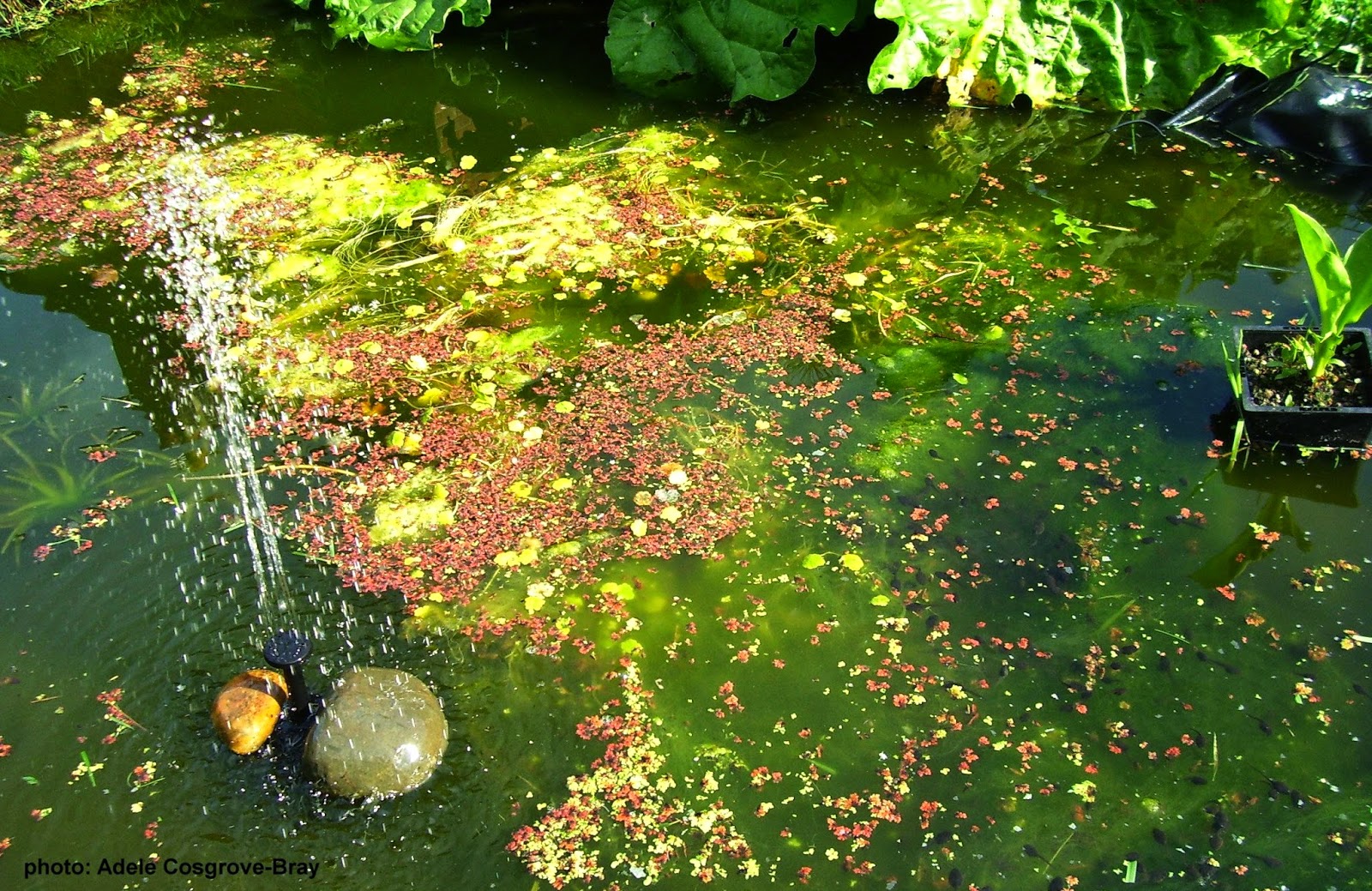 Green algae and tadpoles!
(Click on the images to view them larger). 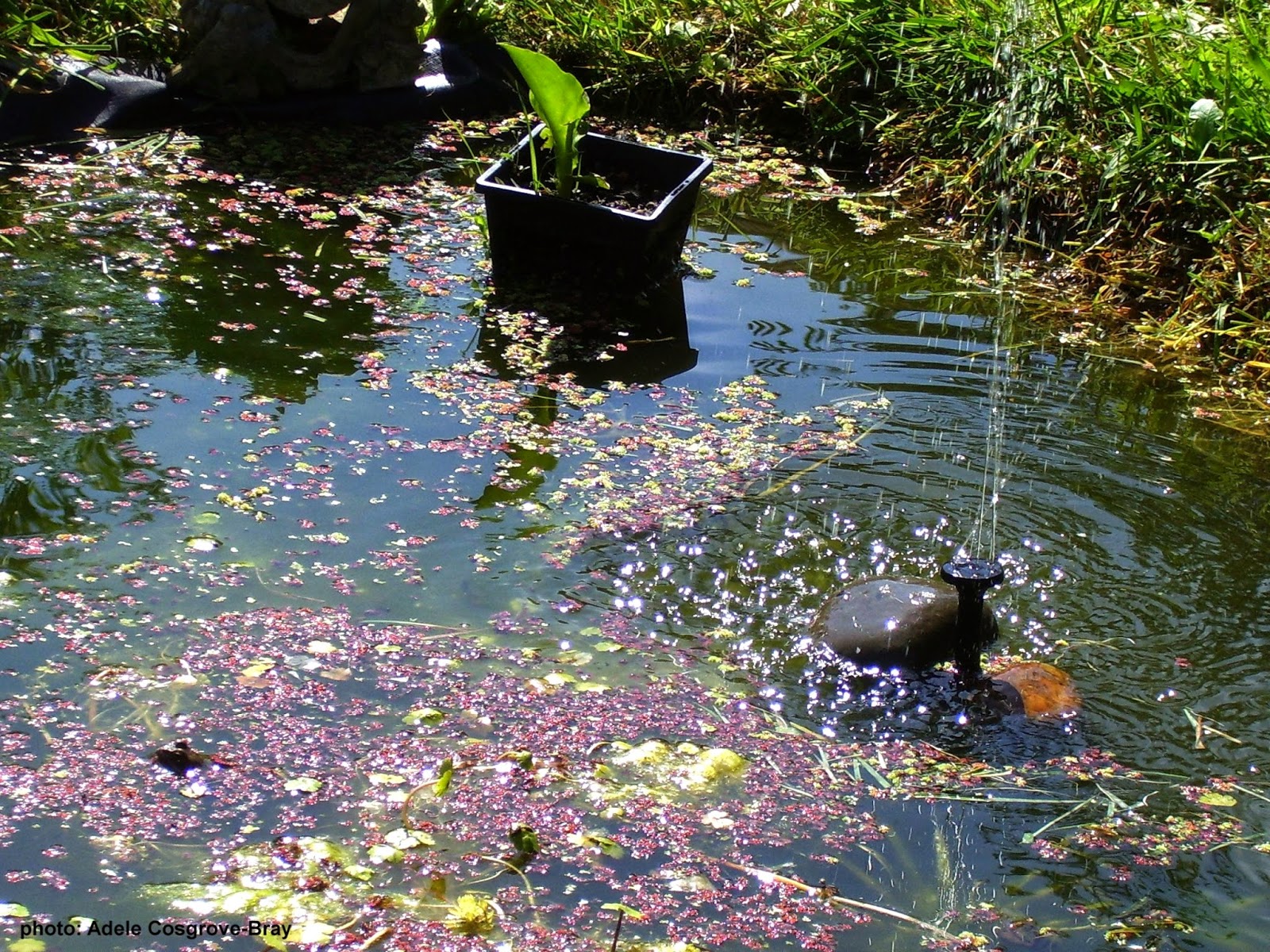 An adult frog basks in the pond. 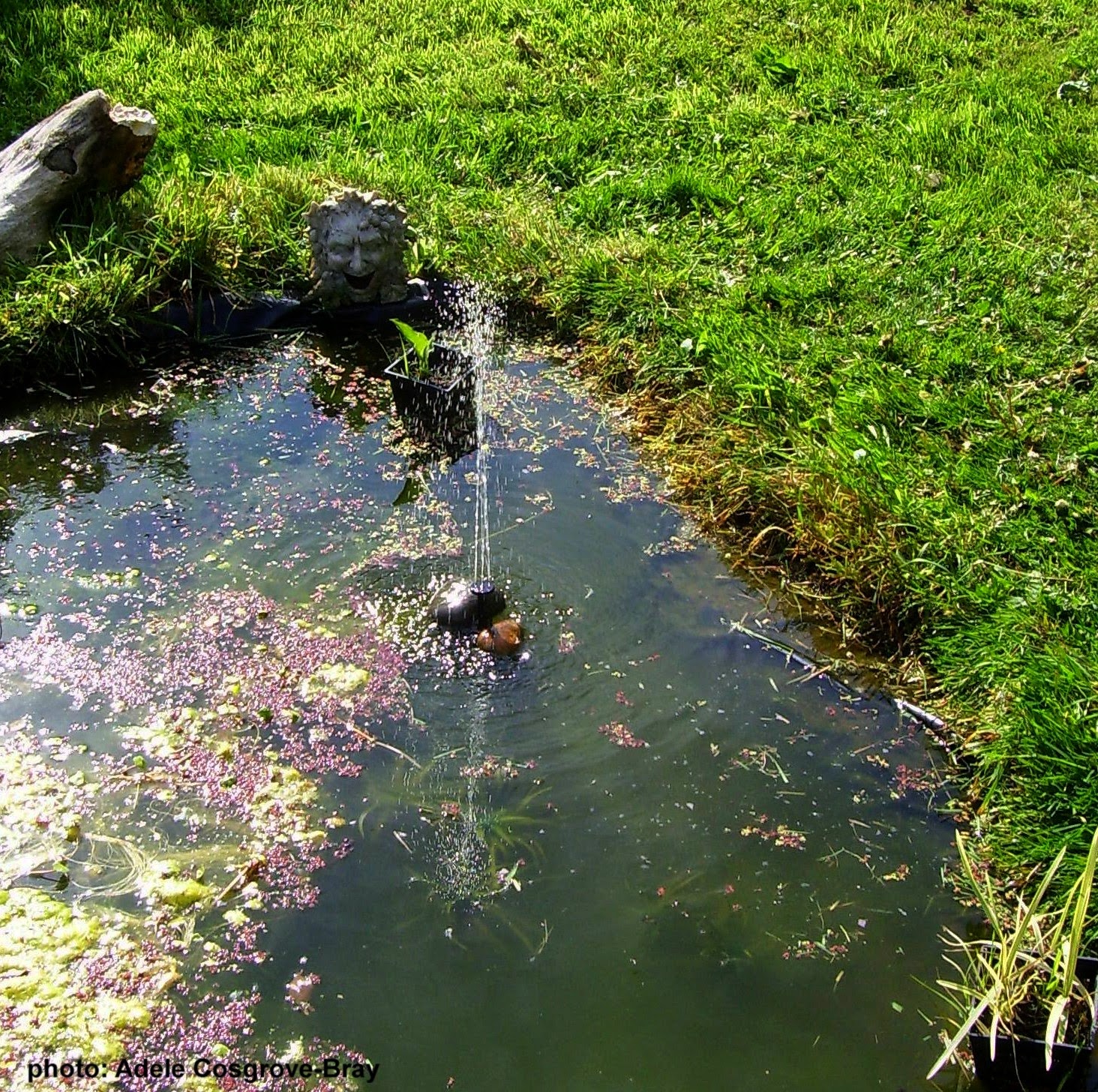 On Thursday, I'll be giving a talk at St James's Centre in Birkenhead.  This will be for a creative writing class run by Janine Pinion for Wirral Metropolitan College.  I've been asked to talk on the subject of 'My Writing Life', then read an extract of my work for around 15 mins., then offer a few tips for aspiring writers before leading a Q&A session.  I've also got a spot of homework for the group - a project I recently tested with Riverside Writers and which worked well.

Progress with Fabian continues, of course.  I've around 20,000 words left to write, so while I'm not approaching the last lap yet the end is getting steadily closer.  I've no intention of rushing; I'd sooner it took another year than rush it and dislike the end product.  Fabian has been harder work than Rowan; Rowan flowed easily and quickly, but with Fabian I've had to do much more planning.  This being the fourth novel in the series, there are several sub-plots which stretch through the entire series which need to emerge more clearly and develop further, but now I've worked all that out the actual writing should flow more readily.

Rowan's character is much easier to write than Fabian's, which is odd as Fabian's character began forming many years ago, albeit in a slightly different form - but that was a long time ago, as part of an online RPG.  Tamsin had her origins as an RPG character too; her appearance and traits remain as they were then.  Rowan, however, was totally new - yet the polygamous relationship he shares with Tamsin and Morgan also came from that same RPG. 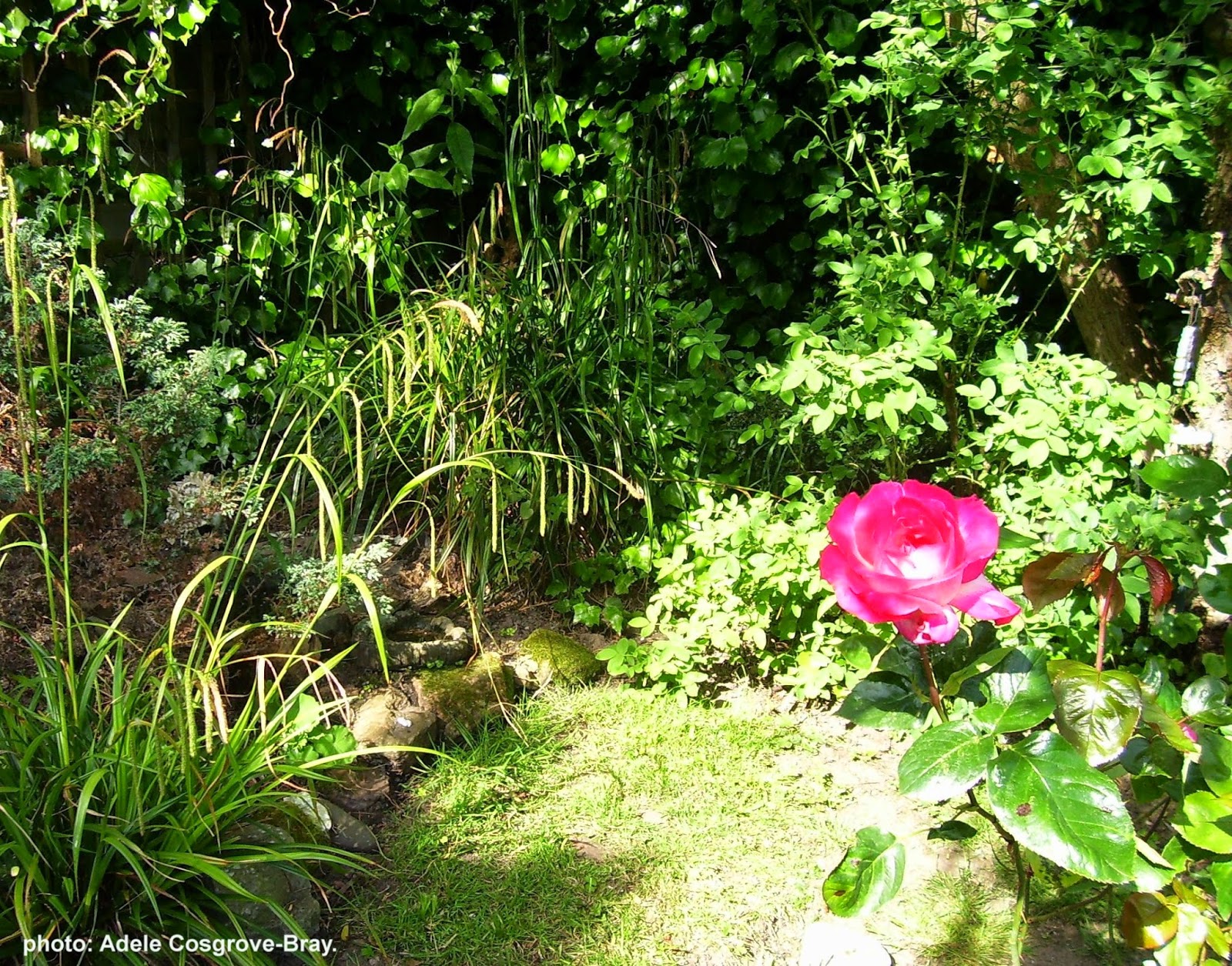 The first rose of summer.

Posted by Adele Cosgrove-Bray at 1:25 pm