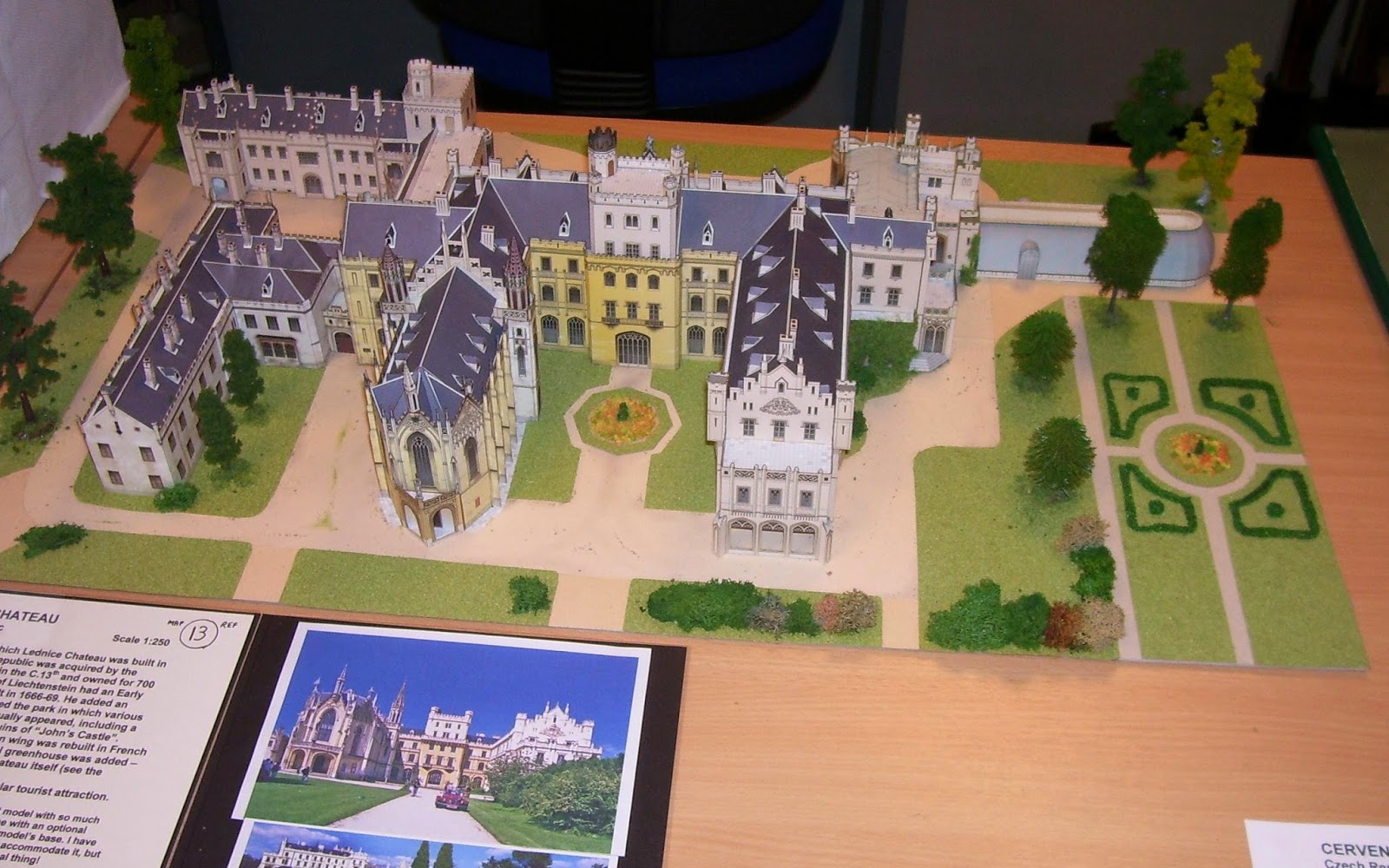 One of Tim Hulme's many scale models on display at Bebington Central Library.
Yesterday I travelled by train to Bebington, as a friend and fellow-member of Riverside Writers is currently exhibiting his large collection of hand-made scale models of castles, chateaux and historic buildings.

Tim Hulme began making models as a boy, when his father would bring home huge cardboard tubes onto which silk fabric would have been wound at the Macclesfield silk mill where his father worked.  Later, as a young adult, he was touring a grand European house when he saw a scale model of it and declared, "I want one of those!"  He's been making them ever since.

This is Tim's first exhibition, and a lot of  planning has gone into the display.  Nearly all the models have a photo of the actual building beside it for comparison, and there are information sheets offering historical backgrounds.  The models are very fragile.  Just transporting the models safely to the library took six car journeys and a multitude of big cardboard boxes. 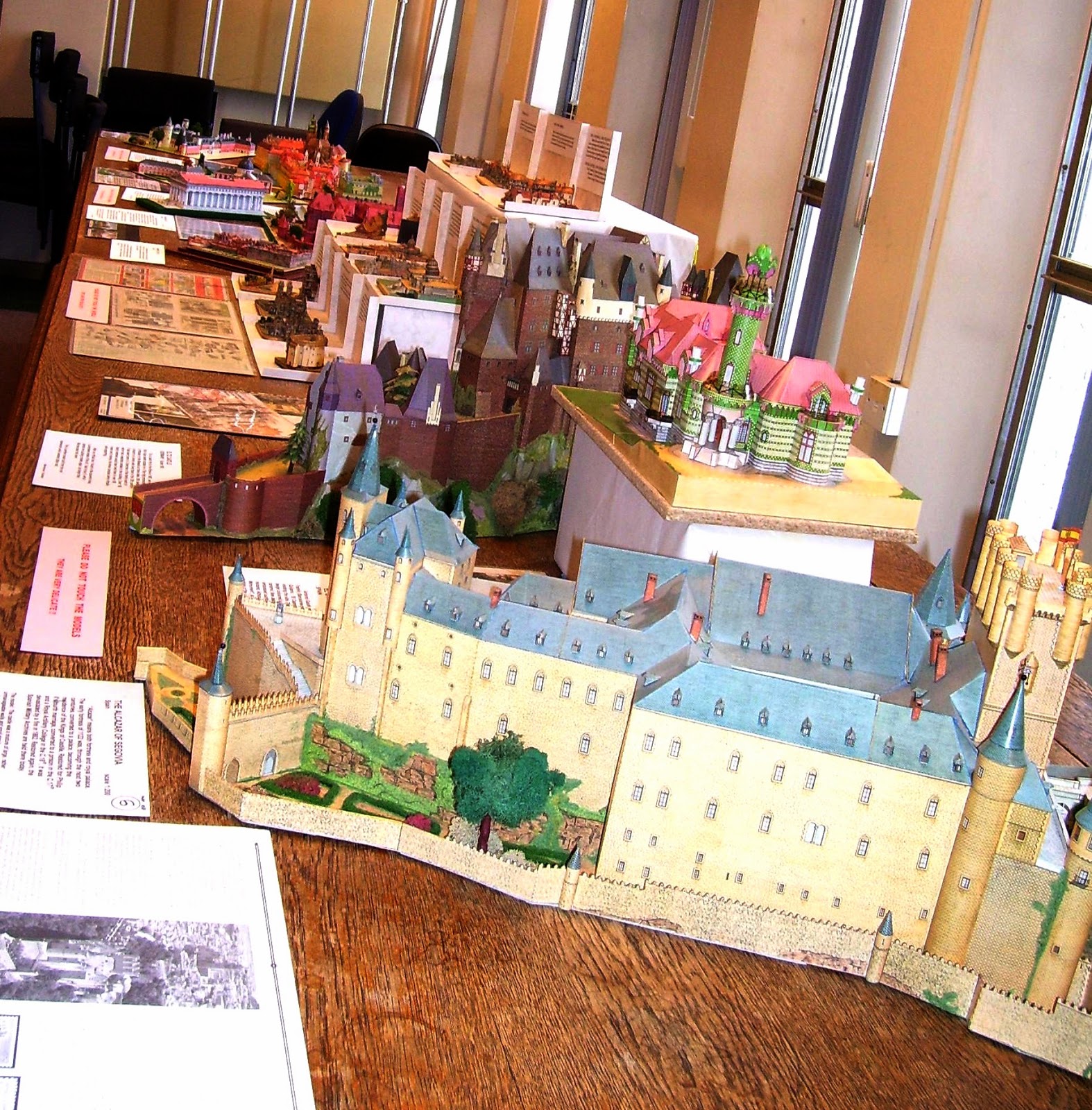 One of the display tables - click on the image to view it larger. The Temple of Zeus - you can only part of his seated frame in this photo.

My photos really don't do the models justice; the room was lit with fluorescent strip lights which tends to flatten photographic images and my little Kodak digi isn't clever enough to compensate for this, so you can't see many of the tiny, fine details of the models.  This is a pity, as Tim spends many months making each one.

The free exhibition has so far been visited by nearly 200 people.  Bebington Central Library has asked Tim to extend the exhibition for another week, so if you're in the area do call in. 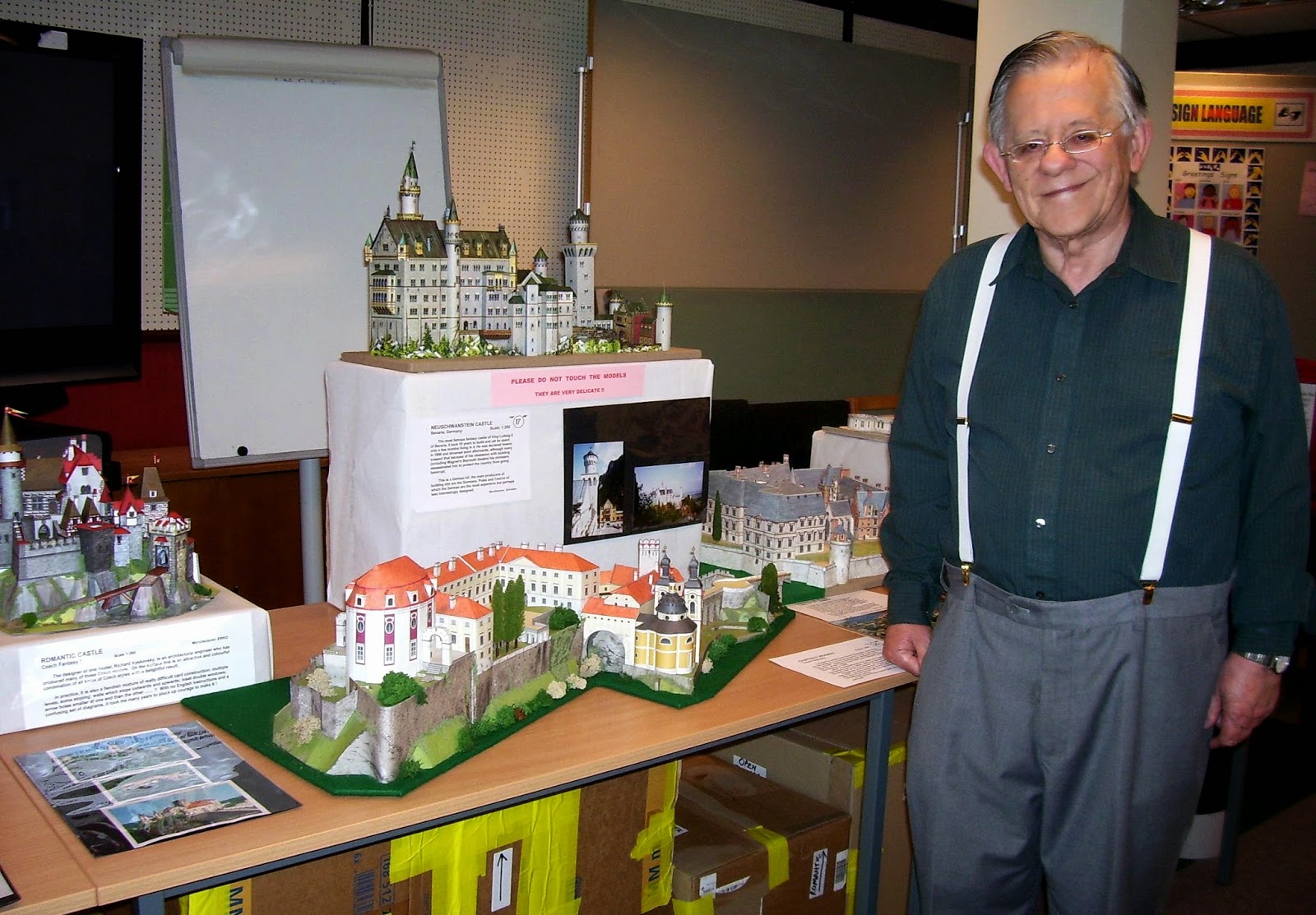 Tim Hulme with some of his scale models.
﻿

As an aside, by the end of the second week of Tim's exhibition he had raised £100 for the Friends of Bebington Library, and the exhibition had been visited by over 300 people.