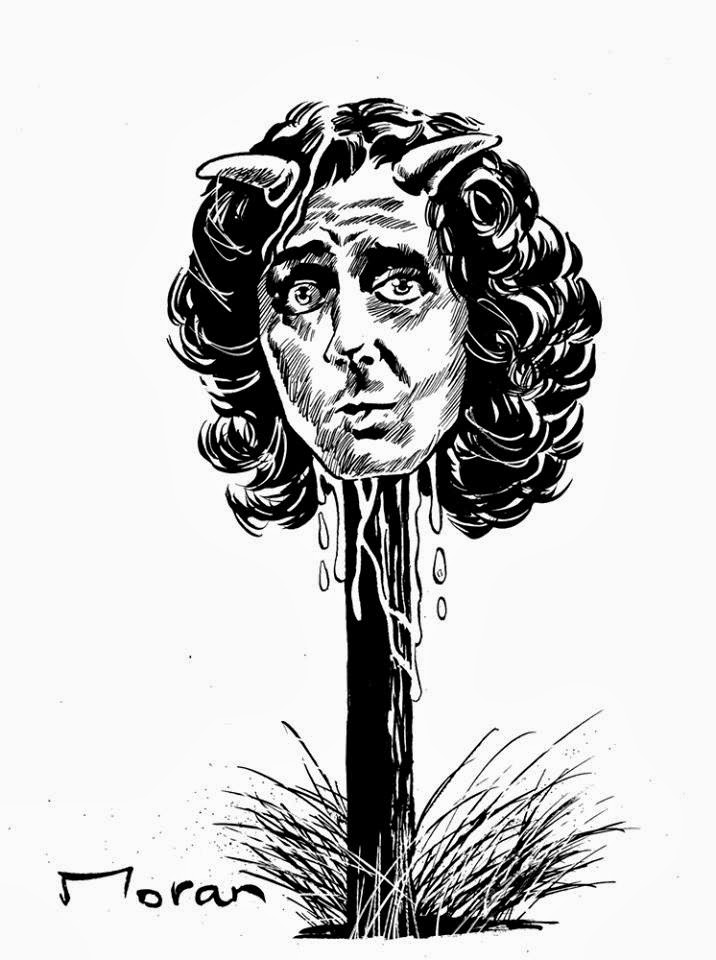 Today I'm happy to introduce horror writer,script writer (comics & graphic novels) and children's novelist Jasper Bark, who stopped by on his blog tour to share a few words. Jasper began his career as a performance poet then moved onto to writing plays, one of which was debuted at the Edinburgh Festival where it was nominated for a Fringe First award - despite some councillors calling for its ban.

"The most unsettling thing was watching a bunch of the actors getting arrested for handing out leaflets for the show on the Royal Mile," said Jasper. "This is something you expect to see happening to dissidents handing out seditious literature in the former Soviet union. Not actors handing out flyers for a comedy at one of the world’s foremost international arts festivals. Some people really don’t have a sense of humour I guess."

You also write books for children and is well known in the world of graphic novels. When did all this start and how do you fit this in around writing horror novels?

"Well, the comics and graphic novels probably came first. While I was working as a music and film journalist I got in touch with The Losers creator Andy Diggle, who was then editor of 2000AD and offered to get him in to see any band or up coming film he liked for free. After a screening of the film Snatch I mentioned I was interviewing the cast and director the next day. Andy told me if I could get a quote from director Guy Ritchie he’d buy a script off me no matter how ropey it was. So in the middle of the interview I asked this drawn out question about 2000AD and got Guy Ritchie to endorse it. I let Andy out of the deal though and eventually sold a script to his successor, current editor Matt Smith.

"After writing grown up comics for a while I began to notice there weren’t any really good comics for kids anymore and as I was a parent myself I felt impelled to try and write some so I moved into the kids comics market. From this I moved into writing kids books. Some of my kid’s books have been translated into nine different languages while others are used in schools all over the country to help improve literacy in senior school children."

Do your characters take on a life of their own and do things you didn't plan?

"Constantly! As I was coming towards the end of my second novel I was worried about a few loose plot threads and was trying to think of a sub plot I could quickly add to address them. Then out of the blue one of my characters suddenly revealed a whole sub plot that had been going on right under the main characters’ noses that completely reframed the whole story. I had no idea about this until she started to outline it. I sat there taking dictation from her thinking the whole while “why the hell didn’t I think of this?” She even made reference to all kinds of tiny events in the novel that I had forgotten about and suddenly made complete sense of them. Many reviewers commented on this surprise sub plot and singled it out for praise, but to this day I really don’t think I can take any credit for it. It all came from my female lead.

"Sci-fi visionary Philip K. Dick used to speak with his characters and consult them independently of his fiction. He was especially fond of a few characters and he would interact with them in a fictional realm, a little like divination. When he needed their support or advice he would sit at his typewriter and type “Phil walks into Leo’s office. He sits at Leo’s desk, wearing a hang dog expression. ‘Something on your mind Phil?’ Leo says. ‘Well I’m glad you asked,’ says Phil. ‘As it happens ...etc’.” He had on going relationships like this, with some of his characters, for decades after the books they appeared in were published. This is because the characters were independent entities to him. Grant Morrison also talks about putting on a fiction suit and stepping into stories and I’ve met Chaos magicians who claim to have summoned up and interacted with fictional characters in very real magical ceremonies. So I guess they’re all exploring a similar vein, which begs the question: do we come up with our characters, or have they always been there, simply waiting for us to write a story to house them?"

"I tend to wake fairly early when the blunt object my wife has thrown connects with my head. Usually this is either because the kids are driving her psychotic, or she’s found the writer with his throat torn out that I left in the middle of the lawn the previous night; (when the cats do this with their prey it’s considered cute, but apparently when I do it, it’s psychopathic - double standard anyone???).

"When the kids are safely delivered to school or, if it’s the weekend, safely locked in the basement with the power tools and the matches where they can’t distract me, I’ll settle down in my office to work. I tend to begin my day by writing a list. Lists are great ways of pretending to work without actually doing anything and they bring a completely unearned sense of achievement. I’ll start with a ‘to do’ list to which I’ll subsequently pay no further attention to.

"Once the serious business of list making is out of the way, along with other important admin tasks such as ‘liking’ every lame picture of a cat that I can find on Facebook, it’s time to settle down to some serious writing. First I open a new document. Next I spend two or three hours staring alternately out of the window and at the blank screen of my laptop. At some point during this vital stage in the process, my wife will walk in and say something devastatingly witty like: “working hard are we?” I’ll then spend half an hour contemplating whether I should draw up a list of snappy comebacks for the next time she cracks this particular howler, but failing to come up with anything in the least bit ‘snappy’ or ‘comebackable’ (yes that is a word) I’ll abandon the idea.

"After eating a light lunch I’ll return to my desk for a concerted hour of weeping tears of bitter frustration, interspersed with kicking my desk and weeping tears of pain from the injury I’ve done to my foot. Then I’ll lie on the floor, stare at the ceiling and bemoan the fact that I was stupid enough to enter a profession for which I obviously have no talent and my children will undoubtedly starve as a consequence.

"Remembering that my children will soon have to be picked up from school (or released from the basement) finally spurs me into action and, fueled by sheer panic, I manage to rattle off a thousand words or more before I have to down tools and resume my role as a parent. In the 30s and 40s at the Disney Studios, the sixty minutes before the animators would clock off for the day at 5pm was known as the ‘golden hour’. This was the time when all the guys in the studio would stop giving each other hot foots, or drawing penises on each other’s cells when they weren’t looking, and knuckle down and do some serious work. It was estimated that the majority of work that you see on the screen from that period was drawn in this single hour.

"That’s how it is for me too. I’d like to say that all the preamble leading up to this hour or so is an integral part of the process, but even I’m not that self deluding. In fact one of the main reasons for having a routine is not so much to encourage myself to write, but rather to avoid all those things that stop me writing (namely just about everything). Don DeLillo said: “A writer takes earnest measures to ensure his solitude and then finds endless ways to squander it.” Which effectively says in seventeen words what’s taken me nearly a thousand."

What first attracted you to horror writing?

"The fact that it’s the genre you go to when you want to think the unthinkable. The genre where all our worst fears and neuroses bubble up to the surface. What if my child doesn’t come home one night? What if my home, my body or my mind is invaded and I’m powerless to stop it? What if consensus reality is just a cosy fiction that masks a deeper more irrational universe than we can ever understand.

"This last fear is probably what attracts me the most. Horror stories are where I first learned about people who held heretical beliefs and practiced unthinkable acts in the name of both science and religion. Who had the balls to lift what Shelley called “the painted veil that those who live call life” and peer at what lies behind it. Granted they usually came to a bad end because of it, but in the brief moments before their fall I always thrilled to their Faustian excitement, drunk on the power of forbidden knowledge.

"The Gnostics used to believe that fearsome angels, known as Archons, patrolled the outer limits of reality to terrify and attack all but the bravest and most dedicated seeker after the truth from venturing into the unknown. Sometimes the deepest and most profound truths lie beyond a howling chasm of fear. To experience those truths we have to leap blindly into that chasm with no guarantee that we will get to the other side.

"That moment of electrifying, near hysterical terror, when we leave behind everything we know to be true, and hurtle towards a new reality, that’s the note of cosmic terror that I love the best."

Learn more about Jasper Bark's work on his website.
Posted by Adele Cosgrove-Bray at 7:00 am

Thanks a lot for letting me drop by on my tour Adele.I enjoyed reading your other entries and had a lot of fun during my visit.

You're most welcome, Jasper; glad you enjoyed it.