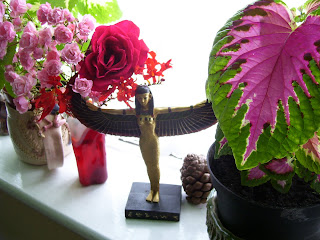 ﻿
Recent press articles about the continuing rise in popularity of ebooks have set me thinking.  My stance on self-publishing has long-since been one of obstinate refusal, partly due to my past experiences when running a self-published music zine a long, long time ago.

Who on earth remembers Smokin' Dragon now?  Even I have to flex my memory - and I owned the pesky thing!  And before anyone asks:  no, the title did not imply a heroin habit.  Any drug-related implication didn't even occur to me until the zine's name was already well established.  I forget who pointed it out to me now.  Its name was a reference to Chinese astrology - I was born in the year of the dragon - and to an admittedly corny usage of the word "smokin'" as in "hot".  I did say it was corny...

The project began as a few sheets of A4 photocopying paper stapled together, printed with news about emerging rock bands, penpal contacts, and a smattering of badly reproduced photos.  It ended up as a sticky, inky and delightfully messy approx. 30 page zine which sold all around the world but never made a bean financially.  It was produced on an antiquated mimeograph printer, which pressed ink through a wax paper stencil.  The stencil was cut on an Olympia typewriter, and it was impossible to correct typos or spelling errors, or any accidental tears to the stencil.  Sticky tape worked fairly well until the ink soaked through the tape's glue.  Inky finger prints and smudges were unavoidable.

My mailbox used to receive a continuous flood of demo tapes from an ever-widening river of bands hoping for even a little exposure.  Some of those bands are still around today, such as Inkubus Sukkubus and Porcupine Tree.  One, Steve Andrews, is still a friend (even though we've never met, which probably sounds a bit weird).

The advent of affordable PCs swiftly changed the zine scene.  There used to be a thriving sub-culture of zany, quirky publications but this was before people began tuning-in en masse to free message boards and RPGs.  Some printed fanzines linger on, such as Shari Green's Black Velvet.  She was one of Smokin' Dragon's first subscribers...

Anyway, the point I'm making - in a roundabout, rambling way - is that self-publishing requires a lot of time and effort for little gain.   That is as true today as it was in the past.

And yet on my shelf sit two collections of short stories, both previously published as ebooks by Amazon Shorts, which are merely gathering dust - Quiet Lives and A Wirral Otherkin Trilogy.  All Amazon Shorts were withdrawn in June 2010.  As my two ebooks' First Rights have already been sold, no-one else has shown any interest in re-releasing them.  Meanwhile, the dust gathers, and to no purpose.  Consequently, I'm seriously thinking about re-publishing them myself.  I'll probably join them together as one item, and definitely add a better book cover - the covers given them by Amazon Shorts were totally boring and provided no visual hook.  The project is only in the early planning stage, but I'll keep you posted on its progress.

Posted by Adele Cosgrove-Bray at 11:07 am