The Seductive Romance of History 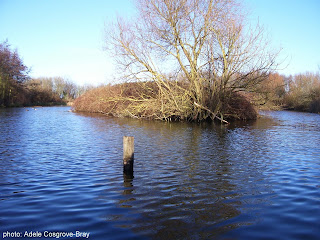 We've been enjoying viewing Robin of Sherwood  which has Michael Praed in the heroic woodsman-archer-rebel role.  Many people would have viewed it years ago on TV, but it's new to our eyes.

It's interesting to note an element of pagan references woven into the plot, one obvious example being the appearances of Herne the Hunter.

Even these-days, with the ever-growing avalanche of New Age fluff, it isn't often that a TV series or film contains references to Britain's pre-Xtian religions.  And on those occasions when they do, the tendency is to trot out stereotypical superstitions and historical inaccuracies.  The argument for this claims that viewers want entertainment over factual information.  The result is that many people mistake fiction for fact.

Viewers don't want to know that people living rough in a forest would have been crawling with lice, ticks and fleas.  They don't want heroes with decaying teeth, rickets and other visual signs of life-long malnutrition which the average peasant would have borne.  They don't want to think about how many women died in childbirth due to bad diet, minimal hygiene and a lack of effective medical knowledge, or how nearly half of the children didn't make it past the age of three for similar reasons, or that the average lifespan of an adult was thirty-five.

"Sire, the peasants are revolting!"
"You're telling me, they stink on ice!"
(Mel Brook's History of the World Part 1

We've inherited this notion of a pastoral idyll from the Ancient Greeks.  According to them, first came the Golden Age, then the Silver, then the Bronze and Iron Ages, and we've continued downhill since then.  The Vedas offer equivalents, with their Satya yuga (Golden Age), Treta yuga (Silver Age), Dwapara yuga (Bronge Age) and Kali yuga (Iron Age).   The Golden Age represents peace, harmony and wealth, which most people would like a bit of of.  A lot more, even.

It's easy to poke fun at our love affair with rosy rustic ruminations when nature is, as Alfred Lord Tennyson wrote in his rather long poem, In Memoriam A. H. H. (Canto 56):
"Who trusted God was love indeed,
And love Creation's final law
Tho' Nature, red in tooth and claw,
With ravine, shriek'd against his creed."

But our romance with history has its purpose too, and when used in the form of allegory it has inspired some of the world's greatest expressions of art and literature.  It's a deep pool which we can all draw from.

As I type this, I'm looking at a bit of paper with the word "historical" handwritten on it.  At the latest Riverside Writers meeting, a selection of genres were written onto bits of paper which were then folded tightly up and dropped into Peter Hurd's hat, given a good shake and stir, and then fished again by each member of the group in turn.  Whatever was written on the paper was that person's writing project for next month.  The idea is to coax a person to have a go at writing outside of their usual genre.