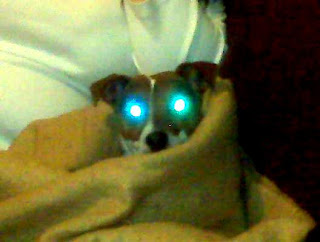 The pond is still partially frozen. This doesn't seem to be troubling the ducks and geese at all. The dogs enjoyed snuffling through mounds of soggy leaves in the wood, of course. Horses have been brought to the neighbouring field, among them an adorable Shetland pony--chocolate brown with a caramel-coloured tail and mane. They thundered up to the wire fence to say hello. The dogs were on leads, of course, kept out of the reach of the horses' hooves.

Later I walked into the village for a few odds and ends from the supermarket, and to pick up Richard's prescription from the medical centre. He's been having a lot of migraines lately. They seem to go in cycles; he'll get a run of them, then they'll calm down again. The staff know him by sight, whereas I have only needed the doctor once since we moved to the area, eight-and-a-half years ago.

Earlier today I did more work on Turning Tides. I'd written it once already, but my old puuter ate it when it died. So now I want to re-write it again. I've given up trying to remember exactly how I wrote the first version--this is what's been holding me up with this story. So now I've decided that I'll just write it, and it'll come out however it'll come out. It would be a shame not to use the Ynys Mon historical research, anyway. I don't want to turn to the tale into an info dump--I've made that mistake before, with another story--but I do want to drop the odd fact into the plot, just to add a little weight.

Speaking of weight--she says, smirking proudly--I've lost three-quarters of a stone! Wipeeee!!!
Posted by Adele Cosgrove-Bray at 11:22 am