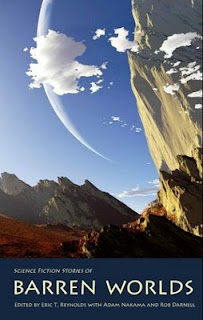 
Ooow, that is goooood! Congratulations to the publisher (Hadley Rille Books) and my fellow contributors to these two anthologies.

At Riverside Writers’ last meeting, the subject of constructive criticism was raised. Some of the members felt that they would like more feedback from the group after readings of work.

Previously, Tim and I had backed away from giving too much crit as we’re only too aware that while people say they want criticism, most just want to hear “good” things. So we’ve tended to praise the good bits and stay silent over the not-so-good. Silence can say a lot. However, this can also lead to feedback being of little productive use.

Before the group had its current resurgence of membership, some ex-members had been more critical – but while their comments were often pertinent and constructive, a small number of people had got upset. We suspect some even left the group altogether – but maybe they would have left anyway.

Now we’ve got a whole new batch of enthusiastic writers – some published, some absolutely new to writing, some aiming for a career, others writing just for fun. So, we’re all at very different levels. Therefore, those members who are aiming for publication – and therefore are pushing for as high a standard of work as they’re currently able to produce – have to be careful not to alienate those who are simply pursuing an interest.
Posted by Adele Cosgrove-Bray at 3:41 pm