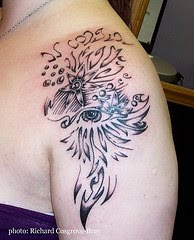 A big thank you goes to everyone who made the inaugural scheduled chat in the Circle of Hands chat room such fun! Who would have thought the gathering would have lasted for over three hours? It was a pleasure to chat with such eloquent and creative people.  Another will be scheduled in a few weeks time. I’ll let you know the date and time in due course.

Meanwhile, sometime today my niece is due to arrive! Tomorrow, she has to attend an induction day and her parental home is too far from the venue to enable her to arrive on time. So she’ll be travelling from here instead, which will make things easier for her. And then she’ll be back at her own home to finalise her plans to move into The Big Wide World and university life.

When I left home, my worldly possessions consisted of two small pans, one kitchen knife, a pile of books and cassette tapes, an acoustic guitar (which I never did learn to play), six cups, six plates, zealously guarded sheets of poetry, a spider plant, an alarm clock, one bar of soap, two pairs of shoes and one bin-bag filled with clothes. Oh, and a new duvet.

My brother Eric presented me with a cardboard box. He said something like, “These things might look odd but you’ll find them useful.” Inside the box was a screwdriver, a light bulb, string, a DIY manual, a box of matches, a small torch (with batteries), a hammer, spare fuses, packs of nails and screws, and a week’s groceries. There was also a packet of chocolate digestives. He said I’d eat the lot within a week then have a fright at the price when I came to buy some more. He was right. This cardboard box contained what was by far the most useful present I’ve ever received! (Thanks, Eric! I still have the screwdriver!)

Travelling to my new job was simply easier from my new home than it had been from my parental home. And I was nineteen years old – just a few months older than my niece is now – and ready for independence. I was offered free use of a dilapidated Victorian house in return for keeping an eye on the place until the owner organised its renovation.

Funny how she didn’t mention the ghost who shared the place also….
Posted by Adele Cosgrove-Bray at 2:16 pm